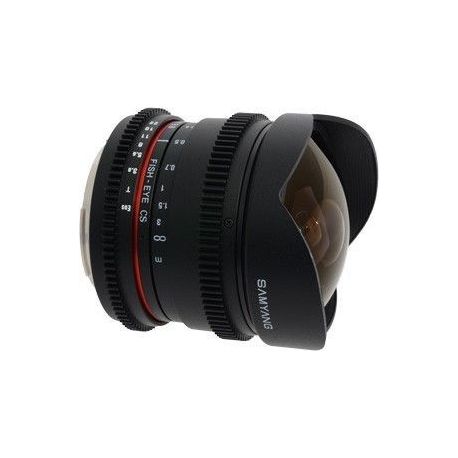 spedizione in circa 10gg lav.

Optical construction of the Samyang 8mm

T3.8 Fish-eye CS VDSLR (Video DSLR) lens is based on 8mm 1:3.5 Fish-eye
CS model, and is specially developed for filming and video purposes with
cropped sensor DSLRs and professional camcorders with corresponding
mounts.

The Samyang 8mm fisheye lens T3.8 features an aperture
of f3.5 (quoted as T3.8, which is the f/number of a lens corrected for
the light loss during transmission through the lens. T-numbers are
important in film industry, where TTL metering is not common, and also
helps to distinguish between this video version of the lens, and the
standard Samyang 8mm F3.5 fish-eye. Optically they are identical, featuring 10 elements in 7 optical groups, one aspherical lens element, and multicoated optics.


Characteristic
features of the new model include toothed rings compatible with
professional geared follow-focus systems available in the film industry
and likewise a toothed smoothly adjustable aperture ring. Such
modifications allow for extremely precise control over focus and
aperture during video recording / filming. This allows for ultimate
manual control of exposure when filming from one scene to another with
different light source intensities, such as changing exposure values
(EVs) from inside to outside, or even in-camera fade ins etc.

It
can be also perfectly used in stills photography, however users may
find the standard stepped / clicked aperture version (Samyang 8mm F3.5
fish-eye) possibly more suitable choice to avoid accidental changing of
the aperture between shots.

The Samyang 8mm T3.8 fish-eye lens
is a manual focus lens, and offers a very large depth of field / depth
of focus. The 8mm T3.8 fisheye features a built in lens hood to help
reduce lens flare from light sources from behind the lens.

Initially available in Canon and Nikon mounts, other mounts are in the pipeline! Watch this space!

It is a “full frame” diagonal fisheye lens for APS-C DSLRs, meaning
that the image it produces fills the frame on APS-C cameras. It produces
an immense field of view - 180 degrees on 1.5x crop sensors, such as
the Nikon D7000, or on 1.6x crop sensors such as Canon EOS APS-C DSLRs
produces 167 degrees.

Fisheye lenses are popular for special
effects use where distortion and field curvature, exaggerated
perspective, or extreme depth of field are desired. Groups such as
skateboarders are embracing the Samyang fisheyes for skate videos and
photography, due to their very high quality, yet are an extremely
affordable option; the alternatives are highly expensive, or are low
quality lens adapters offering sub-standard quality.

The Samyang
8mm fisheye lens offers some of the best optics in a lens for its
class, with exceptional value for money. A specialist lens, affordable
to every videographer or photographer. 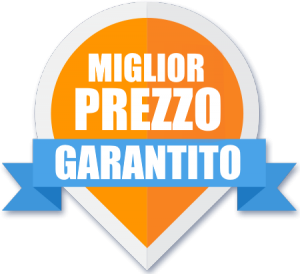